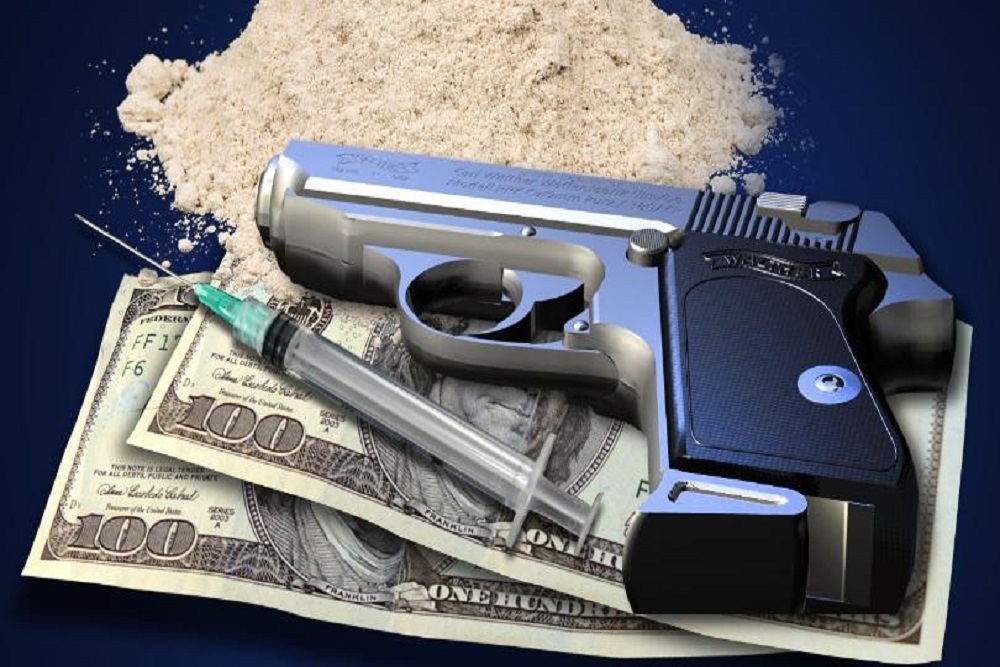 U.S. Attorney's Office for the Western District of Kentucky issued the following announcement on Jan. 9.

“Armed drug dealing will not be tolerated in Marion County or the Western District of Kentucky,” said U.S. Attorney Russell Coleman. “Those who ignore this warning will pay a heavy price, in this case a decade and a half in federal prison.”

“Armed felons who illegally possess and use guns to further drug deals are criminals who pose an increased threat to the safety of our communities,” stated ATF Acting Special Agent in Charge Tommy Estevan of the Louisville Field Division. “ATF provides investigative resources that lead to arrests and successful prosecutions of these offenders”

Johnson was previously convicted in Marion County of reckless homicide and two charges of trafficking in a controlled substance (cocaine) in the first degree, all felonies.

The federal charges to which Johnson pleaded guilty are based on conduct which occurred between November 13, 2018, and November 30, 2018, in Marion County.  According to the plea, Johnson sold cocaine and methamphetamine to law enforcement officials on multiple occasions between the above dates and on November 30, 2018, was found in possession of a Taurus, Model PT809, 9 millimeter semiautomatic pistol and ammunition, following the execution of a search warrant of the residence from which he had been selling narcotics.

Based on the fact that Johnson had two prior felony controlled substance offenses and pleaded guilty to the current drug charges, the Court determined he is a “career offender” for sentencing purposes which made him eligible for an enhanced sentence.

The case was prosecuted by Assistant United States Attorney Mac Shannon, and was investigated by the Bureau of Alcohol, Tobacco, Firearms and Explosives (ATF) and the Lebanon Police Department.

Sign-up and get latest news about the courts, judges and latest complaints - right to your inbox.

By signing up you agree to receive email newsletters or alerts East Louisville News. You can unsubscribe at any time.

Original source can be found here.

Want to get notified whenever we write about U.S. Attorney's Office for the Western District of Kentucky ?

Sign-up Next time we write about U.S. Attorney's Office for the Western District of Kentucky, we'll email you a link to the story. You may edit your settings or unsubscribe at any time.

Organizations in this Story

U.S. Attorney's Office for the Western District of Kentucky